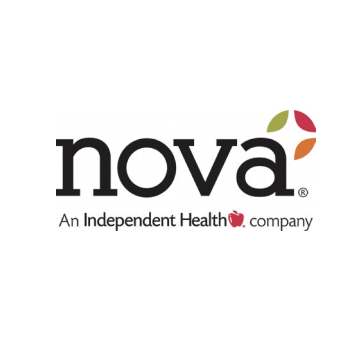 Founded in 1982 and headquartered in Buffalo, NY, Nova Healthcare Administrators, Inc. (Nova), a subsidiary of Independent Heath Association, is one of the largest third-party administrators (TPA) of self-funded employee benefit programs in the nation.

Nova Healthcare has traditionally focused its sales efforts on the Western and
Central NY regions. In an effort to increase sales and growth opportunities, Nova’s management team made the decision to expand its geographic reach to cover the entire US market through new formed partnerships with nationwide healthcare
insurance carriers.

In order to support this geographic expansion effort, there needed to be a greater focus on front-end sales development activities. Nova had limited internal sales rep capacity dedicated to this large geographic expansion. They also lacked a sales infrastructure, process approach, and dedicated skillsets to execute to this type of larger market.

"Athena worked with us to develop a solid outreach strategy early on in the process. The results have our sales executives out of the office or on the phone with leads on a regular basis. We would have needed to hire two full-time associates to generate the number of leads Athena has been able to provide.”
– Laura Hirsch, President

A Targeted Approach to Expansion

Nova was looking to expand its market footprint with clients in new regions, but the sales team found that with current account maintenance, support and operational duties they did not have enough hours in the day to dedicate the time required to effectively find new qualified opportunities.

Nova partnered with Athena SWC to leverage their Relationship Acquisition and Management Process (RAMP) and outsourced marketing and sales support infrastructure. The program was created with a regional-focused campaign, which targeted benefits brokers for reseller opportunities to existing clients and direct end user sales channels.

The campaign allowed Nova to reach multiple contacts in a target area and educate them on their services using thoughtful, aesthetically pleasing marketing pieces and engaged phone conversations.

Athena’s process was able to fill the sales pipeline by qualifying multiple prospects in a target region and relieve Nova’s sales team from spending several hours attempting to connect with one prospect.

Todd Martin, a Sales Executive with Nova, is able to consolidate several potential customer visits into one trip where each prospect is already familiar with Nova and interested in learning more.

Nova’s normal sales process took six months to one year to close a new opportunity. With Athena’s support, they are currently averaging time to closure of five to six months.

With a significantly shortened sales cycle, Nova has been able to close over $100,000 in new business and has built an active sales pipeline over $625,000. Martin is also more efficient and productive as he no longer has to take time out of his day to research and establish contacts with prospects for both benefits brokers and end user opportunities.

Becoming an Integral Part of the Team

Athena’s strategic approach and team of marketing professionals became an integral part of Nova’s sales expansion efforts and management of the sales process.

According to Todd Martin, with his dedicated team, “I have two smart guys—it’s not a call center where we’re blasting everybody all over the world. They’re having educated conversations with people as if they were a part of our organization. They’re really learning what we do and becoming passionate as if they are selling it themselves. They have become an important asset and extension of our sales and marketing team.”

As the sales pipeline filled with qualified leads, Athena had the flexibility to begin moving into the sales support role, aiding with pre- and post-prospect meeting documentation and follow up inside of Nova’s existing Salesforce CRM environment. Athena’s continued support helps ensure that no qualified opportunity is ever lost due to oversight or lack of communication.